The Michele Ferrero Entrepreneurial Project not only aims to create new jobs, but also support social initiatives that safeguard the health, education and social development of children and young people. This second objective is achieved through:

1) Each company engaged in the Entrepreneurial Project setting up an “ad hoc social fund”, calculated not as a percentage of profit, but based on the value of the volumes produced each year by its plant. This sum is then transferred to a special account in a local bank and used on a three-year basis to fund specific social initiatives. With this funding mechanism, the Ferrero companies that participate in the Project are therefore committed to funding the social initiatives, regardless of whether they make a profit or not.

2) The identification - together with the institutional authorities in the host countries - of social initiatives that involve the local communities where the Ferrero companies, engaged in the Project, operate.

3) The involvement of the Ferrero Foundation in the identification, implementation and monitoring of the social initiatives. This is to capitalise on the experience and technical know-how that the Foundation has acquired over decades of social and humanitarian work carried out especially in Italy and Europe, through educational activities that provide care and support during early childhood. 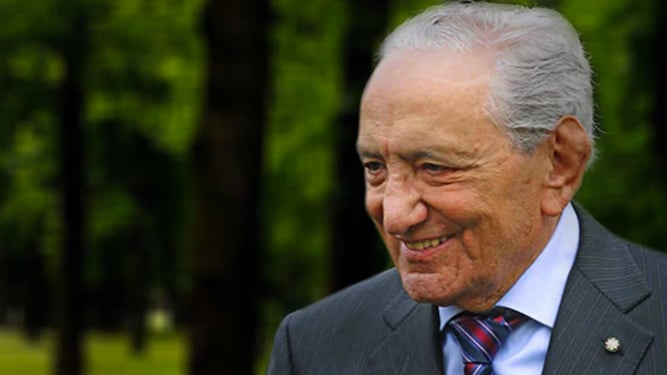 The entrepreneurial and philanthropic spirit of its founder Pietro Ferrero and his successors, which is deeply embedded in the culture and business of the Ferrero Group since it was first created, is the inspiration behind the Michele Ferrero Entrepreneurial Project.

The Project - designed and strongly supported by the Cavaliere del Lavoro Michele Ferrero - is present in Cameroon, South Africa and India.
From the very outset, it has operated as a fully-fledged “business”, based on a purely entrepreneurial concept that aims to achieve positive financial results.
However, the Project also has a social spirit, which inspires it to create jobs in less advantaged areas of emerging countries and fight the serious consequences of unemployment.

Furthermore, its social spirit inspires the creation of humanitarian initiatives in the areas the Project operates in.
These initiatives aim to safeguard the health, education and social development of children and young people under the motto: United Kinder of the World.

The first Michele Ferrero Entrepreneurial Project was launched in Cameroon in 2005. It was soon followed by a second one in South Africa, in 2006, and by a third one in India, in 2007.
These developments have led to rapid growth and new job opportunities for the local communities where the plants are based: from 2009 the number of people working for the three Entrepreneurial Projects has almost trippled, going from 925 to 3000) which represent a significant percentage of the Group’s total workforce.

The establishment of these production plants has led to the creation of industrial activities with local business. Furthermore, locally sourced raw materials are selected, when possible, for production.
In this way, the Michele Ferrero Entrepreneurial Projects have helped to create more jobs and trigger a virtuous spiral towards economic development and the well-being of the local communities.

The production activities of the Group’s companies engaged in the Michele Ferrero Entrepreneurial Project are particularly focused on products in the Kinder line.

Well-known throughout the world, the Kinder line encompasses a range of products that share one mission: to be an ideal complementary component of a complete, balanced diet for children and teenagers, as they are composed of a blend of ingredients which cater to their nutritional needs.

As of today, the Kinder products that the Ferrero Entrepreneurial Project has prioritised are Kinder Joy and Kinder Schoko-Bons Crispy.

Attention is now being focused on other products. In fact it has already been envisaged that new Kinder products, selected to withstand local climatic conditions, will be included in the production plans of the Group’s companies engaged in the Michele Ferrero Entrepreneurial Project. 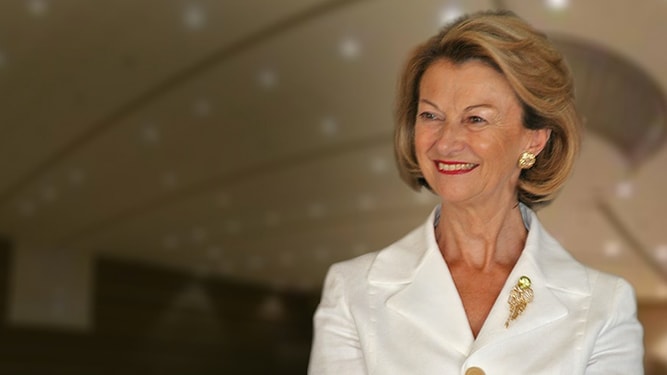 Ferrero was established in Alba in 1946. Its founder, Pietro Ferrero, knew how to create products that were instantly appealing to consumers.
The driving inspiration behind the Ferrero family has always been the humanitarian and social spirit which was pioneered by the company’s founder, Pietro Ferrero, and has marked its history ever since. From the very outset, he devoted part of the fruits of his entrepreneurial intuition to supporting those who found themselves in hardship or difficulty.

Pietro Ferrero was therefore the source of that sense of solidarity that has been passed down through the generations, first to his son Michele along with his wife Maria Franca, and then to their own sons, Pietro and Giovanni.

Ferrero has experienced continuous growth under the leadership of Michele, first in Italy, and then in Europe and the rest of the world. The Group’s expansion has also gone hand in hand with the extension of its activities and attention towards those who have found themselves in need. 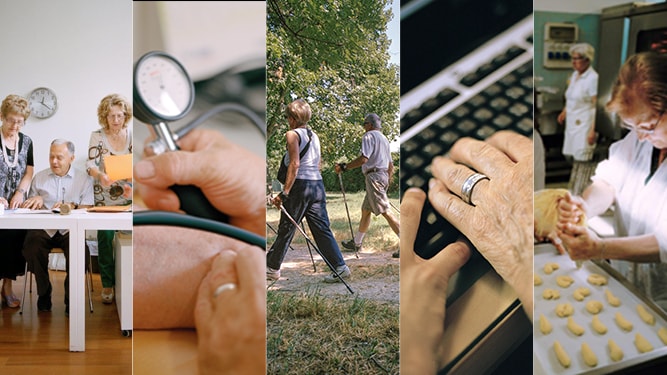 In 1983, the Ferrero “Opera Sociale” was set up. It began as a small facility to accommodate retired Ferrero employees and instill in them a sense of their continued belonging to the Company. It gradually grew in parallel with the Group and became the Ferrero Foundation in 1991.

The Ferrero family’s deep sense of social responsibility inspired the non-profit Foundation which bears the names of the Company’s founders.

Presided over by Mrs Maria Franca Ferrero, the Foundation’s motto is: “WORK, CREATE AND DONATE”.
This maxim, in memory of Pietro Ferrero, encapsulates the essence of the principles on which the Company was founded: respect for work, the celebration of creativity and new ideas, and a philanthropic and humanitarian mission.

The scope and horizons of the Ferrero Foundation have broadened to transform it into a social, educational and cultural centre extending its activities throughout Italy and other European countries. The third and latest Michele Ferrero Entrepreneurial Project was created in India in 2007, in the State of Maharashtra.

In 2011, the production plant in Baramati (Maharashtra) was then opened. It is one of the largest in the Group, located in a region which, by Indian standards, has a low population density.

The Ferrero plant produces mainly for the domestic market, but exports to other countries in Asia, Middle East and Africa. 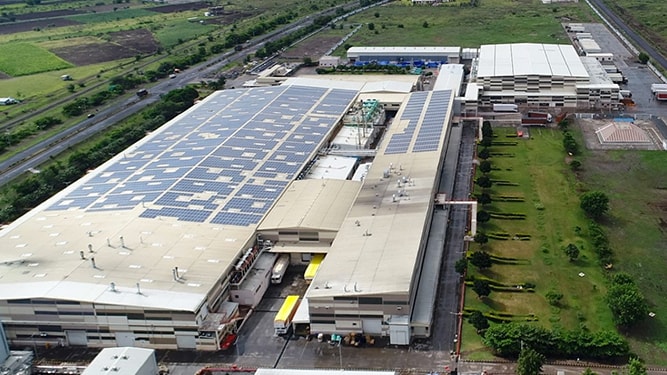 Ferrero India has set up the largest roof top solar installation at the plant in Baramati which has a capacity of 2.5 MW. With an investment of over INR 10 crores, the solar power project is enough to serve the needs of about 3500 homes each day and helps to cut CO2 emissions by 2900 tons per year 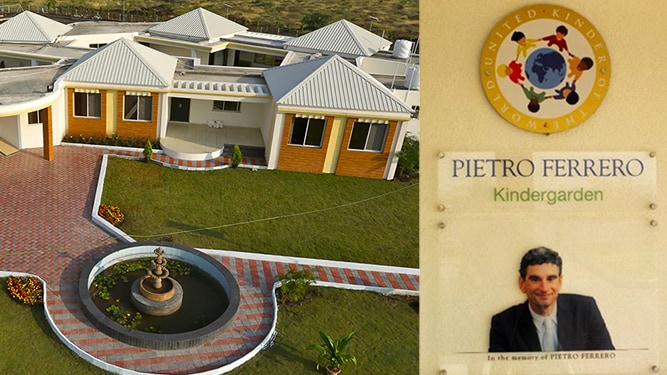 The opening of the Pietro Ferrero Kindergarden in November 2014, which currently operates very successfully in collaboration also with the Ferrero Foundation.

It is a modern, comfortable structure which extends over 1000 square metres and can accommodate up to 140 children.

It serves about 100 families - those working at the Ferrero plant, as well as disadvantaged families from the local area - who are provided with free transport to and from the Kindergarten 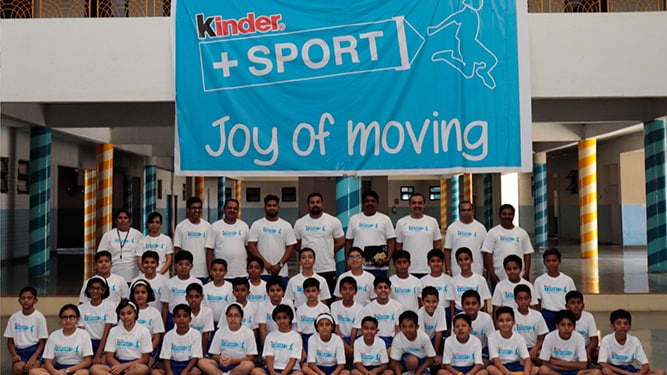 Kinder+Sport project was launched in India in 2014 and it promotes and encourages physical activity across the younger generations, inspiring children and young people to adopt active lifestyles from an early age, so that it becomes an integral part of their daily routine. Camps are held at Pune and Baramati and children from various schools participate every year.